A Louisiana man was sentenced to probation Friday for killing one of the state’s oldest whooping cranes .

Gilvin P. Aucoin Jr., of Ville Platte, shot the endangered whooping crane in July 2018 in Evangeline Parish. In a hearing before U.S. Magistrate Judge Carol B. Whitehurst, Aucoin changed his plea to guilty for a misdemeanor violation of the International Migratory Bird Treaty Act.

Whitehurst sentenced Aucoin to two years’ probation, during which time he cannot hunt or fish, and 120 hours community service to be served with the U.S. Fish and Wildlife Service. Aucoin, 53, also must complete a hunter education course. 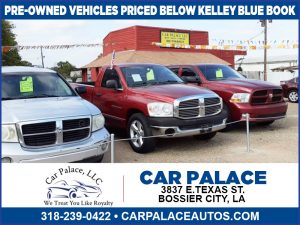 International Crane Foundation President and CEO Rich Beilfuss, in a statement, said his group was concerned that “soft penalties like this … send the wrong message and do not serve as a deterrent to future shootings of whooping cranes or other threatened species.”

Whooping cranes are among the world’s most endangered birds. About 850 are alive, with about 660 of them in the wild. Nearly all of Louisiana’s birds, like the one killed in 2018, were raised by people in crane costumes so the birds will stay wary of humans.

She said more of the 5-foot-tall (1.5-meter-tall) cranes have been killed in Louisiana than in any other state or province, and the foundation had hoped for a sentence that would deter further killings.

Whooping cranes are North America’s tallest birds, and their black-tipped wings span nearly 7 feet (2.1 meters). Overhunting and habitat loss cut their numbers to 21 in the 1940s, about 15 of them in a flock that migrates between southeastern Texas and Calgary, Canada. That flock — the only self-sustaining one — now numbers about 500.

Condon said nine whooping cranes have been shot and killed in Louisiana since 2011, when the U.S. Fish and Wildlife Service and Louisiana Department of Wildlife and Fisheries began trying to build a flock in the southwestern part of the state.

“I wish I understood why people shoot whooping cranes,” she said. She said some probably are not hunters but people who use wildlife as target practice.

Louisiana’s flock now numbers 74. Another 11 birds are being prepared for release.

The bird killed in July 2018 was designated L8-11, the second number indicating he was released in 2011. He also fathered the first eggs laid by wild whoopers in the state, though they didn’t hatch.

“The defendant’s actions are those of a poacher and a vandal,” Condon continued. “His hunting and fishing rights were revoked for two years, but he was not hunting when he shot Whooping Crane L8-11. Rather, he was participating in an illegal activity. Hunters know that you have to be sure before you shoot.”

Texas, where the species never quite died out, has had eight killings since the birds were declared endangered in 1967, Condon said in an interview. She said Indiana has had five shot and killed since 2001, when ultralight aircraft first were used to teach whooping cranes to migrate between Wisconsin and Florida. That flock, called the Eastern migratory flock, numbers about 100, with 70% of them costume-reared.

“Louisiana has a great opportunity to be a part of Whooping Crane recovery, but these shootings need to stop,” Condon said in an email.

Aucoin admitted July 26 that he had shot the bird a day earlier while working near a crawfish pond in northeast Evangeline Parish, the Department of Wildlife and Fisheries said in an August news release.

Although he was cited in July for violating the Endangered Species Act, which carries up to a year in jail and a $50,000 fine, a bill of information filed in August charged him with a misdemeanor carrying up to a $15,000 fine and 30 days in jail.

Judges have a great deal of sentencing leeway, Condon said.

For instance, a South Dakota man who pleaded guilty in 2013 to violating the Endangered Species Act was not fined but was ordered to pay $85,000 in restitution for the whooping crane.

That’s the largest dollar amount she knows of in such a case.