Northwestern State jumped out to a 7-0 lead on its first possession when Jared West scored on a 9-yard run to cap an eight-play, 53-yard drive. Hicks took the ensuing kickoff all the way to the end zone, but Bailey Raborn’s point-after kick was blocked and left the Cowboys (6-4, 4-3 Southland Conference) trailing 7-6. Daniel Justino’s 37-yard field goal gave the Demons (1-8, 1-5) a 10-6 lead after one quarter.

McNeese too lead on field goal

Raborn booted a 23-yard field goal 46 seconds into the second quarter to pull McNeese within 10-9, but Shelton Eppler hooked up with Quan Shorts for a 22-yard scoring strike with 11:09 left and Northwestern State took a 17-9 lead into halftime.
Orgeron and Begue connected for their first TD from 27 yards out and Orgeron hit J’uan Gross for the 2-point conversion to knot the score at 17. Justino’s 21-yard field goal put the Demons up 20-17 after three quarters. 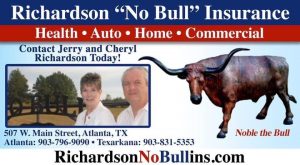 McNeese took the lead for good on Orgeron’s 3-yard TD toss to Begue with 11:09 remaining in the game and Raborn kicked two more field goals in the final 8:14 to complete the scoring and wrap up the Cowboys’ fourth straight victory.
Orgeron finished 16-of-18 passing for 191 yards. Justin Pratt was the game’s top rusher with 87 yards on 29 carries. McNeese had a 117-20 advantage in yards rushing.
Eppler completed 28 of 53 passes for 294 yards and a score, but he also threw two interceptions.