by: Joey Grappe
The 3-2 NC Rebels traveled to Alexandria Friday to face their toughest challenge of the year as they took on the  5-1 Bolton Bears. Bolton, a Class 4 A powerhouse that has dominated their opponents  came into the game having averaged 50 points per game and over 480 yards rushing per game. The North Caddo  dug deep. The Rebels declawed the Bears by the final score of 22-12.
Bolton had 3 games in which they rushed for over 500 yards with their highest being 695 and they were looking for another 500 plus game; however, the Rebels defense would have a say in the matter.

The winning for the Rebels began with the coin toss

The Rebels won the toss and elected to receive. The Rebels started their first drive from their 35 and on the second play Jayden Carter took the ball to the endzone on a 63 yard run. The twnpoint conversation was successful. The Bears would answer with a TD but missed the extra point. It wouldn’t take long for the Rebels to put 6 more points on the scoreboard from a 43 yard run from Jayden Carter. The Rebels would lead the Bears 14-6 at the half. 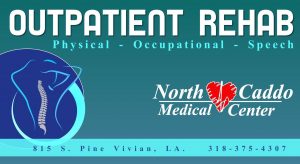 With 4:16 to go in the third quarter Jayden Carter would score from 7 yards out on a 4th and 4 extending the Rebels lead to 22-6.
The Bears would score again in the 4th quarter but it would be their last. On the Bears last drive Jermari  Dillard would intercept a pass to seal the deal for the Rebels.
At the end of the night the NC Rebels would rack up over 250 yards total offense with Carter rushing for over 150 yards and Morris for another 75.
The Rebels defense, “The Chopper Boys” dominated the powerhouse running game of the Bears holding them to under 200 yards total offense and stopping the Bears on four 4th down conversion attempts. The final score Rebels 22 Bears 12. The Rebels ruturn to Sanders Prudhomme Stadium next Friday for their first conference game against Lakeside. Gametime is 7:00 pm.